Do you know that interaction with animals can decrease stress levels as well as your blood pressure? Surprisingly, animal films have long used these benefits to boost our mood and cheer us up. We especially need such happy films during these covid times to feel relaxed and get our minds off the tensed atmosphere.

Certainly, all of us have watched the all-time favorite and famous animal movies like the Godzilla series, King Kong, Jurrasic Park, the Ice Age series, and the Lion King but there are many underrated great pieces waiting to be watched. Here is the list of some wonderful movies you’d enjoy watching. 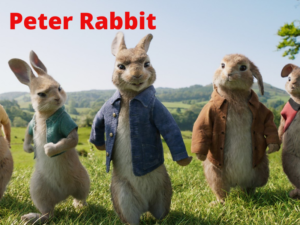 The movie stars a naughty rabbit named Peter Rabbit who lives in the woods next to a famous gardener, Mr. McGregor. Mr. McGregor is an old man. He is so fed up with Peter, and his 3 siblings, Cottontail, Mopsy, and Flopsy, since the animals keep stealing from the old man’s garden. One day, Mr. McGregor dies and his nephew moves into the place. There he finds a family of troubling thieves living in his uncle’s residence. The owner schemes to scare away Peter – a clever rabbit, who later shows what a smart opponent it is. In the end, we wonder if it was worth the fight from both animal’s and humans’ part and perspectives. 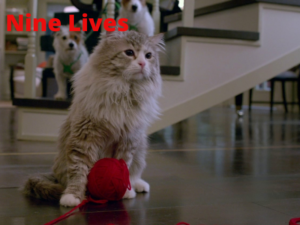 If you’re a cat lover, this is the movie for you! The film begins with a business tycoon named Tom Brand. In his first marriage, he caused his first wife to divorce him due to his workaholic personality and his second marriage appears to be no better. As a birthday gift, his 11 years old daughter Rebecca requests a cat as a gift and he resolves not to disappoint his girl. Then on his way to the pet shop, he gets diverted by a phone call. The GPS directs him to quite an unusual and fascinating pet store, Purrkins Pet Shop. He picks a cat there, rather the cat picks him and under emergency, Mr. Tom hurries back to the office. There he encounters a man who pushes him down the roof. After he retrieves consciousness he realizes that his soul is trapped in the same cat’s body while his body is lying in a coma in a hospital. In his mind, he’s still that domineering man but his cat body won’t allow him much space and sovereignty. So, he is now rather reliant upon others. The plot proceeds with Tom trying to get back into his human body but this will cost him some sacrifices. And we will see if Tom is ready to face these tests and ordeals.

3. March Of The Penguins 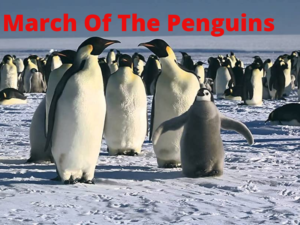 The March of the Penguins is an incredible nature documentary that shows real imagery of penguins walking, mating, mothering, and dying. In the movie we see penguins making their seasonal trips from the Antarctic coast to Antarctica. Some penguins die, while others freeze in the long winter as they gather to protect eggs and babies. Still, others are killed by predators. If you think your life is troubling, this documentary is certainly for you. It shows how for some creatures mere staying alive is a constant struggle! 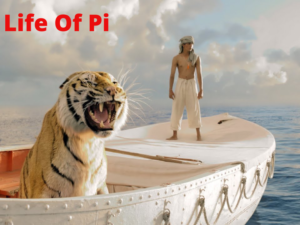 We’ll wrap up the list with the masterpiece that won 4 Oscars plus 7 additional nominees in various categories. The Life of Pi is the kind of film which required widespread background research and wakes you up from a stereotypical world. The CGI and editing are so vivid that you won’t even realize it’s CGI. Considering that it is a survival film, its plot is great.

There are many good film elements, such as the mind-to-mind interactions, throughout the film. One best part is how the movie deals with religious terms and philosophy. You get two hours of entertainment and you’re not rushed through the plot. This is one powerful piece of both entertainment and epiphanies. The movies will leave you wondering about what you see as reality, once u finish watching it.