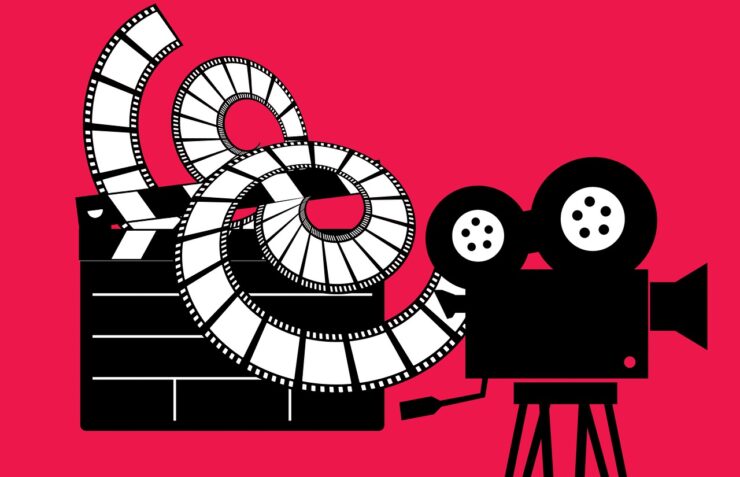 Have you ever pondered on what makes an Oscar-winning movie most memorable? Many Oscar-nominated movies have made history one way or another, but what makes them more spectacular among their contenders? Remembering these Oscar-nominated movies is what brings us to the highest and most prestigious award category, “Best Picture,” which the academy describes as an award for films that truly deserve it.

The almost centennial Academy Awards, otherwise well-known as the Oscars, hosted its first ceremony in 1929. Ever since its inception, the awards celebrate the entertainment industry’s very best on and off-screen talents. The Oscars are the most distinguished awards show in Hollywood history and a glamorous time to celebrate film.

This article would focus on some of the Top 5 memorable, “Best Picture” Oscar-winning movies and what makes them remarkable and deserving of the award.

Below is a list of our Top 5 memorable, Oscar-winning movies of all time.

From bottom to top:

This movie tells the true-life story of Solomon Northup, played by Chiwetel Ejiofor, a free man kidnapped and forced into slavery in Louisiana for 12 years. This slavery drama received nine Oscar nominations and won three Oscars, including the “Best Motion Picture of the Year” at the 86th Oscar awards in 2014. Since its inception, it made history for the first movie from a black director to win the film industry’s highest honor. The undaunted interpretation of Pre-Civil War American slavery by British director, Steve McQueen, earned two other Oscars: best-supporting actress for newcomer Lupita Nyong’o and best-adapted screenplay based on the memoir of Solomon Northup.

Other contenders at the awards for this category include;

At number 4, we have Rocky

Rocky is one of the most exciting Hollywood stories, which tells the rags-to-riches story about a small-time boxer, Rocky Balboa, played by Sylvester Stallone, an uneducated, kind-hearted working-class Italian-American boxer. This movie received ten Oscar nominations and won three, including the Best Picture award in 1977. Many believed it to be undeserving of the Best Picture title, but the sports drama proved it was able to compete with the best, portraying the film’s true essence as a whole.

Next on number 3 is The Godfather

The American gangster classic, released in 1972, adapted from the 1969 best-seller of the same name by Mario Puzo, is known worldwide as a timeless masterpiece. Its creative cinematography, evocative musical score, and unforgettable performances by actors like Marlon Brando and Al Pacino made the story, which spanned generations a lasting cultural benchmark. Directed and co-written by Francis Ford Coppola, he shared the Academy Award with Puzo at the 1973 Oscars. The movie, which won three Oscars out of eleven nominations, is most notable for its famous line by the Don, “I’ll make him an offer he can’t refuse”.

On our number 2 list is The Sound of Music

This undisputed, classic musical based on the 1949 memoir of Maria von Trapp, The Story of the Trapp Family Singers, debuted in 1965. The movie follows the adventures of Maria, a nun played by the lovely Julie Andrews, who gets the job as a nanny for a large family in Austria and then falls in love with the widowed patriarch, played by Christopher Plummer. The movie took the world by storm when released, received ten nominations, and earned five Oscars, including the best picture award. This great classic combines a solid and moving story, highly rated music, and the breathless scenery of Salzburg all in one film.

Ranking at number 1 is Titanic

The notable Titanic, released in 1997, was directed and written by James Cameron with a whopping $200 million budget. The movie includes A-list actors such as Leonardo DiCaprio, Kate Winslet, and Billy Zane as the main characters. James’ 195-minute love story of the tragic journey on the R.M.S Titanic was intelligently written, well-acted, and overall mesmerizing. Based on the actual incident in which the luxury ship hit an iceberg and sank in1912, this is a brilliant movie that has won the hearts of many and still moves people to tears when watched.

It’s one of the best movies of all time and got rewarded for its technical proficiency, cultural bearing, and box office achievement. Titanic tied the record for 14 Oscar nominations at the 70th academy awards in 1998 with “All About Eve” of 1950 and “Ben Hur” of 1959 for most wins with 11 awards.

We hope you agree with our Top 5 list of memorable, Oscar-winning “best picture” movies.

In light of the recently concluded Oscars, which took place on Sunday, 25th of April, we congratulate Chloe Zhao’s 2020 “Nomadland” film for winning this year’s best picture award. Until next year.