Can you imagine living in the house where your favorite movie was recorded? In this article, we are going to present movies featuring beautiful houses. Almost every movie has an interesting and appealing scenography, whether it is a horror, comedy, or drama movie. Depending on the genre, every person has a favorite one. While watching a movie, we don’t think too much about it, but subconsciously the scenography like houses, walls, the colors play an important factor in the overall experience of a movie.

Real movie lovers pay attention to every detail in a movie. In addition to dialogue, action, and special effects, they often pay a lot of their attention to houses. Who wouldn’t want to have a big stunning house we saw in the movie Home Alone?  Maybe now is the right time to watch the movie again on your favorite streaming service just like in good old times. 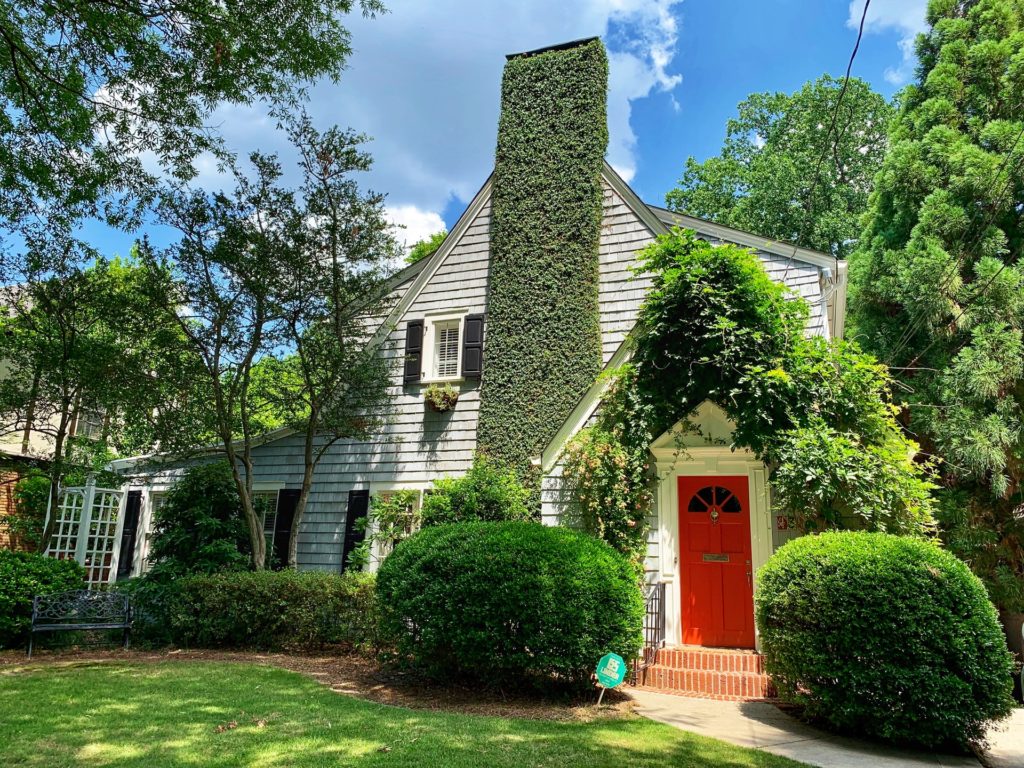 Some houses are used in multiple movies because they are so beautiful. For instance, The Hatfield House, a massive old mansion in England was used for many movies such as Lara Croft: Tomb Raider (2001) and Sherlock Holmes (2009).

In this article, you can find out what are the movies that are featuring beautiful houses:

Gone With the Wind

Did you know that some famous movie houses still exist? One of these is a house from the movie Gone with the wind. This is one of the most famous movies in the movie industry. It has a beautiful Greek Revival mansion which left us speechless! The mansion was built in 1836. In 1939, the house was used to make the movie. In the movie, Scarlett O’Hara fights for Ashley’s affection but also for this beautiful house from the pre-war period. In the end, she stays alone on the property.

In 2017, the house is completely renovated. Now it has an electrical system, renovated kitchen, Tesla charging stations, 4-car garage, and many other modern upgrades.

Is there anyone who hasn’t watched this movie yet? We doubt it. Kevin is an eight-year-old boy who was left completely alone by his parents in his huge house for the holidays. After that, two thieves break into the house and the whole story begins. Kevin decides to defend his house from the thieves. The first thing you will notice in the movie is the beautiful rooms inside Kevin’s house.

The house is made of red brick in the Georgian style. It belonged to a family who stayed in one part of the house during the shooting of the movie. In 2012, the owners decided to sell this house for 1.5 million dollars.

According to many people, The Notebook is the most romantic movie of all time. Two people live in a nursing home where the husband reads love stories to his wife. He reads her stories about how he bought her a property that he had to fix. The villa from this romantic movie dates from the 1707 year.  It is located in Wadmalaw Island, South Carolina. The movie was made in 2004. Today, the house still looks the same.

It’s Complicated is a romantic comedy, directed by Nancy Meyers. In the movie industry, Nancy is well known for choosing beautiful houses for her movies. This movie is no exception. This time she chose a ranch designed by Paul Revere Williams in the late 1920s. There is a 6,100 square feet house on the ranch with five bedrooms and six baths, a guest house, a pool, and a 6-stall barn.

If we add to that the movie’s great cast like Meryl Streep, Steve Martin, Alec Baldwin, and John Krasinski, the movie is definitely worth watching! In 2015, the house sold for an incredible 10.5 million dollars!